There is compelling evidence of an ancient electrical supply that was used as much as we use the electric current today. On a low voltage scale: several clay pots have been excavated in Iraq that appeared to have been soldered with a lead/tin alloy, topped with copper discs and sealed with bitumen. The device is in fact, basically a laden jar; when a mixture of copper sulphate and acetic acid (citrus juice or vinegar) was added to these excavated pots they produced around 2 volts of electricity. Over the years many more of these electric cells have been discovered in other places throughout the Old Persian Empire and also in Egypt indicating that the use of them was widely and quite commonly practiced. Electroplating is a technique that was previously thought to be only recently discovered however such small voltage is perfect for electroplating objects and may help to explain the discovery of pieces of electroplated gold jewelry found at sites in Egypt. On the higher voltage scale: Scholars have often wondered how such intricate paintings were done in many Egyptian tombs and yet there are no signs of soot on the ceilings of any of them. Soot would indicate the use of a candle, lamp or some kind of flame to provide light for the artist. Many have surmised that a series of linking mirrors may have been used to bring in light from the outside. There are however, some very interesting paintings on the walls of a tomb at Abydos in Egypt that appear to show people holding large filament devices (like big light bulbs) that are 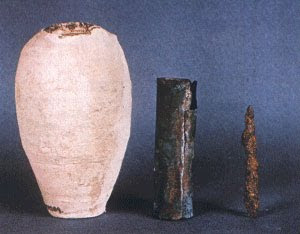 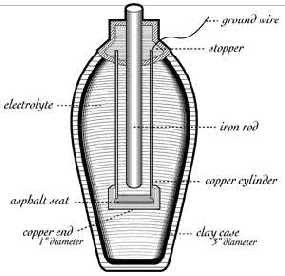 resting on stands and attached to some kind of power supply box by a cable while other people are working nearby with hand tools. These filament devices also look very similar to a device known as ‘Crooke’s Tube’ which is an early cathode ray tube. X-Rays were actually discovered while conducting experiments with a Crooke’s Tube. 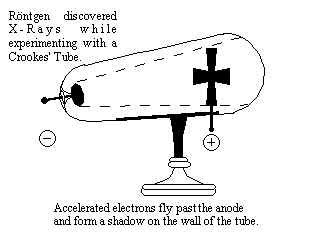