Pyramids Of Glass Submerged In The Bermuda Triangle

These strange underwater pyramid structures at a depth of two thousand meters were identified with the help of a sonar according to oceanographer Dr. Verlag Meyer. Studies of other structures like Yonaguni in modern day Japan have allowed scientists to determine that the two giant pyramids, apparently made of something like a thick glass, are really impressive - each of them is larger than the pyramid of Cheops in Egypt.

Recently American and French scientists as well as other countries that are conducting surveys in areas of the seabed of the Bermuda Triangle, claim to have found a pyramid standing upright on the seabed that has never been discovered. The length of the base of this pyramid reached 300 meters, 200 meters height, and distance from base to the tip of the pyramid is about 100 meters above the sea floor. Preliminary results show this structure to be made of glass or a glass-like (crystal?) material, as it is entirely smooth and partially translucent.


When talking about size, this newly re-discovered pyramid is larger in scale than the pyramids of ancient Egypt. On top of the pyramid there are two very large holes, sea water at high speed move through the second hole, and therefore the raging waves roll by forming a giant vortex that makes the waters around this cause a massive surge waves and mist on the sea surface. This new discovery makes scientists wonder if this is having an affect on passing boats and planes and could be the reason for all the mystery surrounding the area. 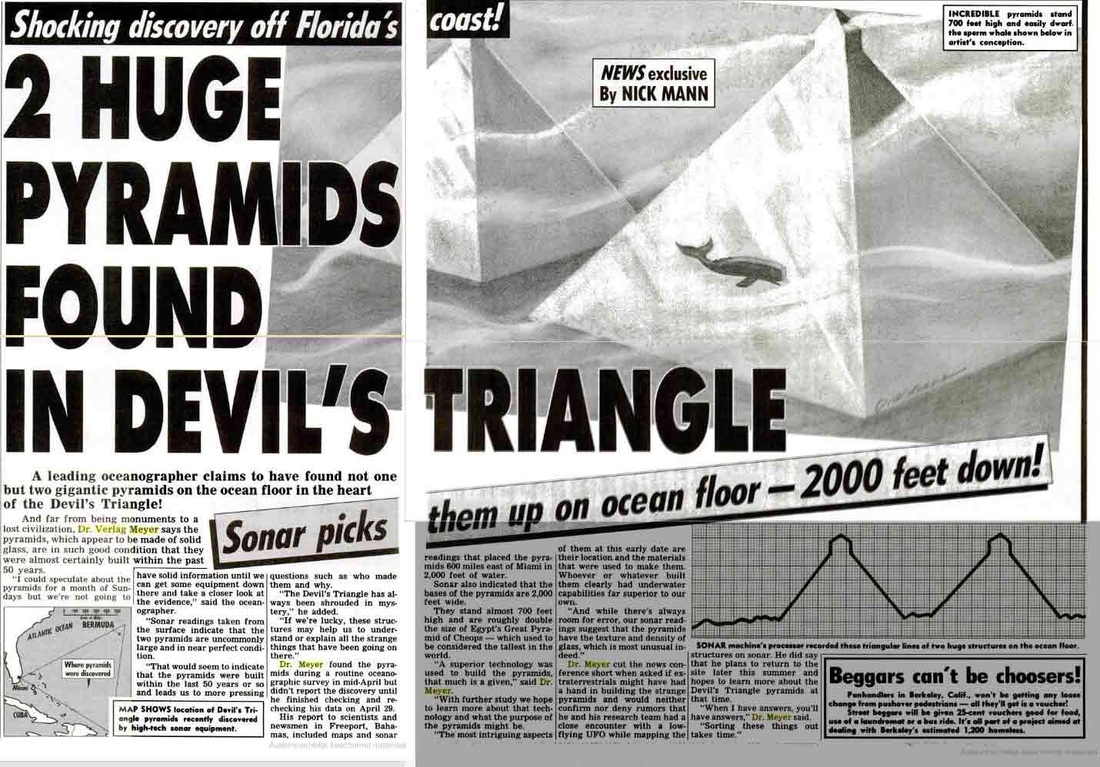