Where the humans come from really?

GENESIS
THE PRIME SOURCE for the biblical verses quoted in The Twelfth Planet is the Old Testament in its original Hebrew text. It
must be borne in mind that all the translations consulted of which the principal ones are listed at the end of the book - are just
that: translations or interpretations. In the final analysis, what counts is what the original Hebrew says.
In the final version quoted in The Twelfth Planet, I have compared the available translations against each other and against the
Hebrew source and the parallel Sumerian and Akkadian texts/tales, to come up with what I believe is the most accurate
rendering.
.

The rendering of Sumerian, Assyrian, Babylonian, and Hittite texts has engaged a legion of scholars for more than a century.
Decipherment of script and language was followed by transcribing, transliterating, and finally, translating. In many instances, it
was possible to choose between differing translations or interpretations only by verifying the much earlier transcriptions and
transliterations. In other instances, a late insight by a contemporary scholar could throw new light on an early translation.
The list of sources for Near Eastern texts, given at the end of this book, thus ranges from the oldest to the newest, and is
followed by the scholarly publications in which valuable contributions to the understanding of the texts were found.
THE OLD TESTAMENT has filled my life from childhood. When the seed for this book was planted, nearly fifty years ago, I was
totally unaware of the then raging Evolution versus Bible debates. But as a young schoolboy studying Genesis in its original
Hebrew, I created a confrontation of my own. We were reading one day in Chapter VI that when God resolved to destroy
Mankind by the Great Flood, "the sons of the deities", who married the daughters of men, were upon the Earth. The Hebrew
original named them Nefilim; the teacher explained it meant "giants"; but I objected: didn't it mean literally "Those Who Were
Cast Down", who had descended to Earth? I was reprimanded and told to accept the traditional interpretation.
In the ensuing years, as I have learned the languages and history and archaeology of the ancient Near East, the Nefilim became
an obsession. Archaeological finds and the deciphering of Sumerian, Babylonian, Assyrian, Hittite, Canaanite and other ancient
texts and epic tales increasingly confirmed the accuracy of the biblical references to the kingdoms, cities, rulers, places,
temples, trade routes, artifacts, tools and customs of antiquity. Is it not now time, therefore, to accept the word of these same
ancient records regarding the Nefilim as visitors to Earth from the heavens?
The Old Testament repeatedly asserted: "The throne of Yahweh is in heaven" - "from heaven did the Lord behold the Earth".
The New Testament spoke of "Our Father, which art in Heaven". But the credibility of the Bible was shaken by the advent and
general acceptance of Evolution. If Man evolved, then surely he could not have been created all at once by a Deity who,
premeditating, had suggested "Let us make Adam in our image and after our likeness". All the ancient peoples believed in gods
who had descended to Earth from the heavens and who could at will soar heavenwards. But these tales were never given
credibility, having been branded by scholars from the very beginning as myths.
The writings of the ancient Near East, which include a profusion of astronomical texts, clearly speak of a planet from which
these astronauts or "gods" had come. However, when scholars, fifty and one hundred years ago, deciphered and translated the
ancient lists of celestial bodies, our astronomers were not yet aware of Pluto (which was only located in 1930). How then could
they be expected to accept the evidence of yet one more member of our solar system? But now that we too, like the ancients,
are aware of the planets beyond Saturn, why not accept that ancient evidence for the existence of the Twelfth Planet?
As we ourselves venture into space, a fresh look and an acceptance of the ancient scriptures is more than timely. Now that
astronauts have landed on the Moon, and unmanned spacecraft explore other planets, it is no longer impossible to believe that
a civilization on another planet more advanced than ours was capable of landing its astronauts on the planet Earth some time in
the past.
Indeed, a number of popular writers have speculated that ancient artifacts such as the pyramids and giant stone sculptures must
have been fashioned by advanced visitors from another planet - for surely primitive man could not have possessed by himself
the required technology? How was it, for another example, that the civilization of Sumer seemed to flower so suddenly nearly
6,000 years ago without a precursor? But since these writers usually fail to show when, how and, above all, from where such
ancient astronauts did come - their intriguing questions remain unanswered speculations.
It has taken thirty years of research, of going back to the ancient sources, of accepting them literally, to re-create in my own
mind a continuous and plausible scenario of prehistoric events. The Twelfth Planet, therefore, seeks to provide the reader with a
narrative giving answers to the specific questions of When, How, Why and Wherefrom.
The evidence I adduce consists primarily of the ancient texts and pictures themselves.
In The Twelfth Planet I have sought to decipher a sophisticated cosmogony which explains, perhaps as well as modern scientific
theories, how the solar system could have been formed, an invading planet caught into solar orbit, and Earth and other parts of
the solar system brought into being.
The evidence I offer includes celestial maps dealing with space flight to Earth from that Planet, the Twelfth. Then, in sequence,
follow the dramatic establishment of the first settlements on Earth by the Nefilim: their leaders were named; their relationships,
loves, jealousies, achievements and struggles described; the nature of their "immortality" explained.
Above all, The Twelfth Planet aims to trace the momentous events that led to the creation of Man, and the advanced methods
by which this was accomplished.
It then suggests the tangled relationship between Man and his lords, and throws fresh light on the meaning of the events in the
Garden of Eden, of the Tower of Babel, of the great Flood. Finally, Man - endowed by his makers biologically and materially- -
ends up crowding his gods off the Earth.
This book suggests that we are not alone in our solar system. Yet it may enhance rather than diminish the faith in a universal
Almighty. For, if the Nefilim created Man on Earth, they may have only been fulfilling a vaster Master Plan. 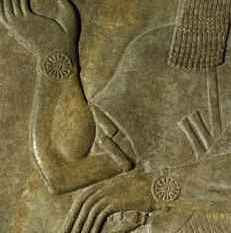